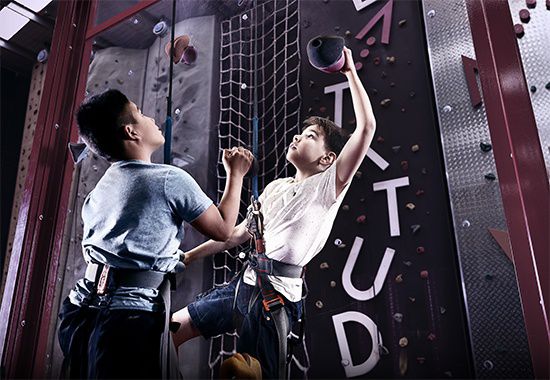 The perspex climbing wall allows climbers to battle off against their friend literally face to face, body to body as they race to the top.

Venue Manager Dave Shannon wants to add another one quick smart…...“We thought the new double sided race wall in the Melbourne climbing zone would be a hit but the response from climbers has been phenomenal.  Our traditional race walls have always been popular but the fun of racing your friend up the clear perspex wall face to face has brought a new dimension to the challenge.  It’s been so popular I’m trying to work out how to squeeze another one in.”

“We are also working on some really cool climbing activities with a high-tech twist that will land early in the new year” said Dave.

Get down to Latitude Heidelberg to test yourself on the new wall, and loads of other adrenalin pumping activities.